While we in the team that run this site have spent years discovering this beautiful country and countless of hours doing research on the war and those who fought it, we hope that we have created a top 10 list of Vietnam War Sites you can visit that will appeal not only to history buffs but travelers seeking to discover the country and its history.

Being passionate about history also means we want as many as possible to learn more about it and discover where and how the war was really fought. 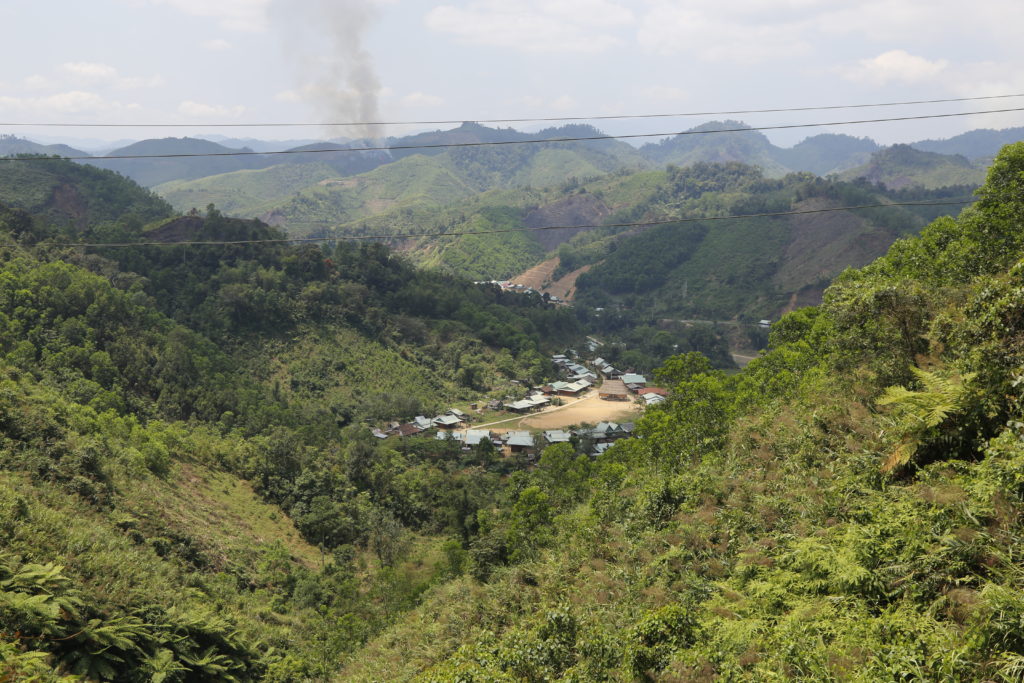 For our list we have selected some of the most relevant places that we think represents a good variety of locations and periods in the war that will ultimately help the visitor understand how diverse and complex it was.

So in alphabetical order they are: 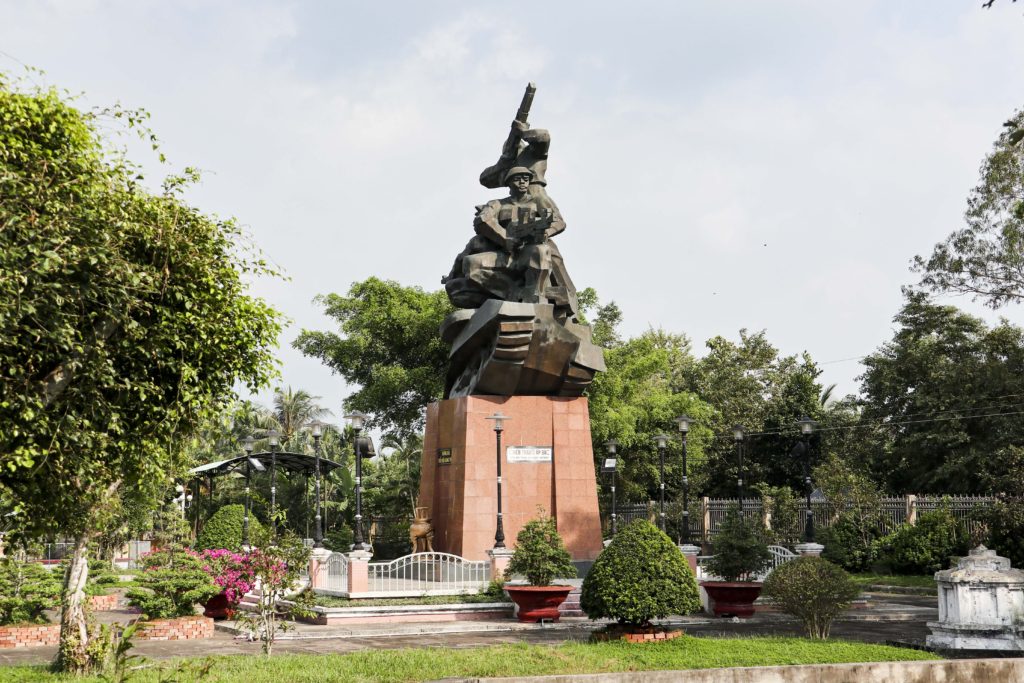 The battle at Ap Bac took place early in the conflict and was fought mainly between the Viet Cong and the Saigon Army (ARVN). More than anything, the battle can be described as the Viet Cong outsmarting the RVN forces and achieving a significant win.

By the battlefield there is an outdoor museum with some old vehicles and aircraft as well as a large monument. Spending some time there and the adjacent battlefield on the rice paddies will give you a good idea of how the battle was fought. The site is only a few kilometers off the main road between My Tho and Can Tho, there is a large gate marking where the turn off is. Read more about visiting Ap Bac Battlefield here>>> 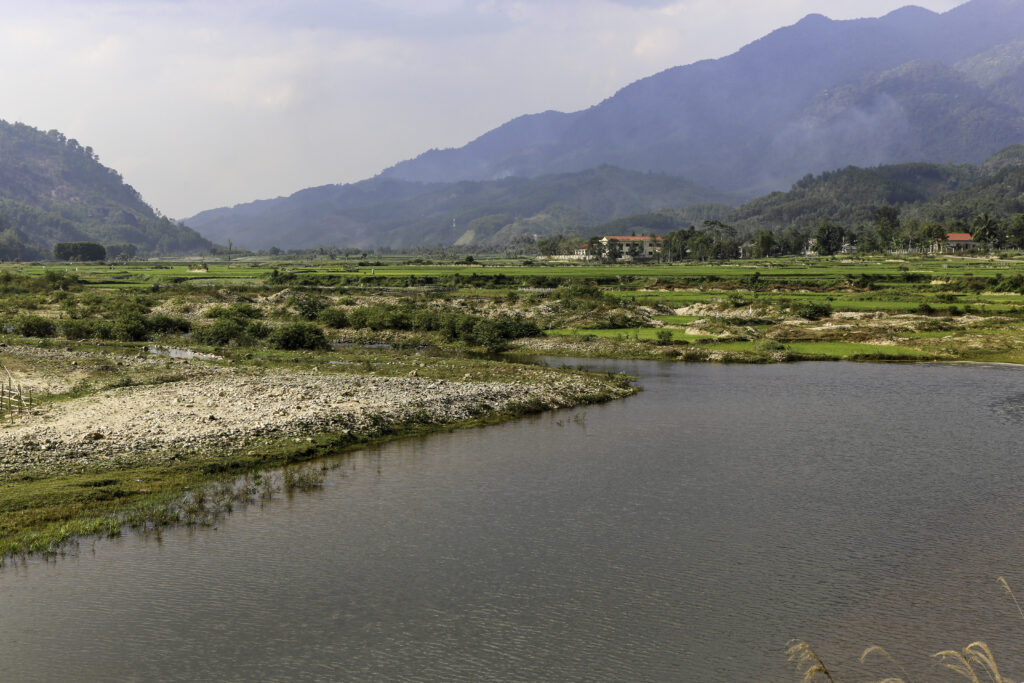 The Ashau Valley, stretching some 45 kilometers along the Laotian border west of Hue, is today well traveled by both tourists and locals. For the many people visiting Khe Sanh Combat Base along the DMZ tours, this is a small detour on the way back to Hue and a visit here will give a deeper understanding of how the war was fought.

More or less the whole valley was a battlefield at some point in time. It was a very important logistics lifeline for the North Vietnamese Army as they made their way towards the coastal lowlands including Hue and Da Nang.

Of course the battle of Hamburger Hill also took place here. If you want to visit, then take some time to read more on this website about some of the most significant places of interest to visit in the valley. Click here>>>

Located just off the main Ho Chi Minh Highway that stretches through the Central Highlands. Ben Het Special Forces Base makes a great visit for the traveler who wants to see the sites of some of the most intense battles fought during the war as well as getting the first hand understanding of how remote these bases were.

Take a walk down the old runway or hike up on the hills where the camp was located. Just make sure to stay on the trails to avoid any unexploded ordnance. Read more on Ben Het Special Forces Camp here>>>

Yes, we do recommend a visit to the Cu Chi Tunnels. Visiting the tunnels will give a first hand understanding of how the Viet Cong soldiers lived sometimes for months under ground. It’s not only the site itself, while going to and from the tunnels, make sure to look out the window of the car or bus you are traveling with. The landscape has changed over the years but the general flat terrain is the same giving you an idea of what the infantry soldiers faced. Driving to Cu Chi Tunnels you will also pass several large or medium former bases on the way, Cu Chi being the largest.

In between, and sometimes on, those bases, the war was fought intensely. Places like the Ho Bo Woods and the Iron Triangle are within kilometers. You will also come to realize how close this huge tunnel complex was to Saigon and how relatively easy V.C. infiltrators could enter the town itself. Read more on Cu Chi Tunnels here>>>

The Demilitarized Zone (DMZ) was the area north and south of the 17th parallel which divided North and South Vietnam. The DMZ is today a very popular destination for all kinds of tourists coming to Vietnam — and for good reasons. During the war years some of the most intense fighting took place here. Along Route 9, the main road on the southern side of the DMZ there were several military bases, a few of them still offering the visitors an idea of what it was like then.

A tour here is probably the most popular activity together with the Cu Chi tunnels for tourists who wants to visit a war site. Read more about the DMZ here>>> 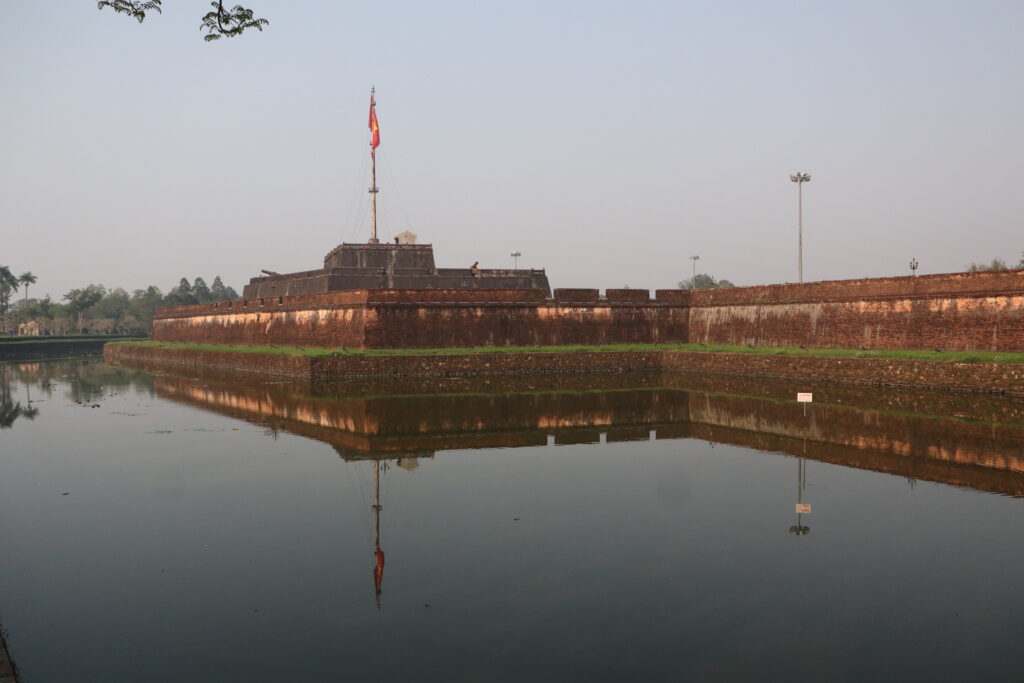 Hue City has over the years become one of the most visited tourist sites in Vietnam, especially along the central coast. Some of the country’s most compelling and significant historical events has taken place here over the last few centuries and then during the war, this beautiful ancient city was the site of one of the fiercest battles of the war.

As the NVA and VC launched the 1968 Tet offensive, one of their main focuses was Hue as they sent thousands of their men to take over the city. It took weeks of door to door fighting by the U.S. Marines and ARVN forces to push them out.

Unfortunately most of the old citadel was destroyed during the battle but there is still much to see and discover in this historical town. Read more about Hue City and the Citadel here>>>

Starting out as a small Special Forces Camp, Khe Sanh was later turned over to the U.S. Marines and became the scene of one of the most significant battles during the war as the North Vietnamese army laid siege to the camp during the 1968 Tet-offensive. The siege lasted 77 days and was reported in the news all over the world. It also served as one of the major launch points during the 1971 Lam Son 719 offensive in to Laos.

Apart from its historical significance, the base also has a very interesting museum on the site as well as several vehicles and aircraft on display. Read more about visiting the Khe Sanh Combat Base here>>>

A significant part of the war took place not far from Saigon. Only 60 kilometers north along the road QL13, known during the war also as Thunder Road, there was a very large U.S. installation called Lai Khe Base Camp. It was one of the largest base camps in the area with a long runway that has now become the main village road. U.S. infantry units operated out of this base supported by helicopter and artillery units based there. Today there are a few remnants of the camp to be found such as the old headquarter buildings as well as some of the walls and fighting positions. The small village that is now on the site is built over the old runway on the west side of QL13. On the east side of the road are the old company areas where tents and barracks were tucked in between the rubber trees. What makes this place worth a visit is its significance in the operations in the area, it is a typical base camp for this part of III Corps and it has a long and colorful history. Read more about Lai Khe Base Camp here>>>

Once known as Prey Nokor, then Saigon and now Ho Chi Minh City, the former capital of South Vietnam is a must for any tourist coming to Vietnam. In terms of historical war sites it will leave few disappointed.

Not only are there many places of historical interest but just walking around the old downtown areas can give visitors a chance to soak up the atmosphere and get an idea what this bustling metropolis was like 50 years ago.

We do recommend a visit to the War Remnants Museum and other sites that we mention in our Saigon article on this website, read more here>>>

A major part of  the Vietnam War was the fighting in the Mekong Delta, both on the rivers and canals and the flat often swampy land. Vinh Long Army Airfield was one of the larger bases along the Mekong River, where thousands of troops were stationed. In the small town there was also a dock for the so-called Brown Water Navy

This is the best place to get an understanding of what the delta bases looked like. Although nothing is really left of the base, one can drive on the runway and the taxi ways as well as the old base area. Vinh Long Army Airfield was very typical for the American presence in the delta. Other bases were located in Soc Trang, Dong Tam and Can Tho.

We recommend a stay over in this often overlooked town. Combining an early morning boat tour on the Mekong with a visit to the old base makes for a very nice and interesting day. Read more about visiting Vinh Long Army Airfield here>>>