“In the predawn hours of May 5, 1968 except for the constant churning of insect wings, the surrounding landscape west of Khe Sanh was unusually silent. In a floodplain valley that snaked from Khe Sanh to the old Lang Vei Special Forces in the west, Route 9 showed no sign of human activity. It was the stifling humidity that lay like a warm wet blanket that kept Lieutenant Dean Turpin out of his foxhole begging for a whisp of cooling wind. With his starlight scope pressed closely to his eye, Turpin strained to look west across this widely splayed valley to the dark green shapes of hills a few thousand meters north and west from his position. Without notice, Turpin began to witness intensifying light green streams of small arms fire chasing themselves up and down one of the hills. Occasionally, this light show was punctuated with an explosive flash. Several seconds later, a muffled boom registered where Turpin and the remainder of Bravo Company of 2/5 Cavalry were hunkered down on a hill west of Khe Sanh. His Georgia zip code was betrayed by a slight New York accent, as Turpin excitedly mutters to no one in particular; “Jesus. . . . LZ Peanuts is catching hell.” A few kilometers southwest on a non-descript hill called Landing Zone Snapper, the squelch of urgent radio transmission came into the 2nd Battalion, 1st Cavalry Division headquarters from Landing Zone Peanuts. “Black Jack Six India this is Old Grand Dad Six India. We have gooks in the wire. Say again . . we have gooks in wire! We have multiple penetrations of the perimeter. Request immediate illumination and Blue Max support.” By daybreak, broken bodies of dozens of North Vietnamese and the flotsam of war littered the slopes of LZ Peanuts. The Landing Zone had remained in American hands, but at a significant cost of life for both sides. And yet history did little to preserve the fight for LZ Peanuts. History recalls the Battle for LZ Peanuts as merely another nameless battle of many witnessed by the U.S. Army Cavalry forces that were busy fighting in dangerous region of Vietnam at a dangerous time. For most of those who survived this battle, the fight for LZ Peanuts was among the most significant they saw during their tenure in Vietnam.” 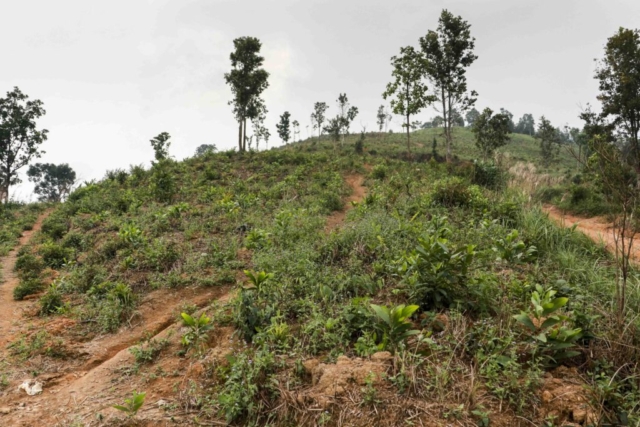 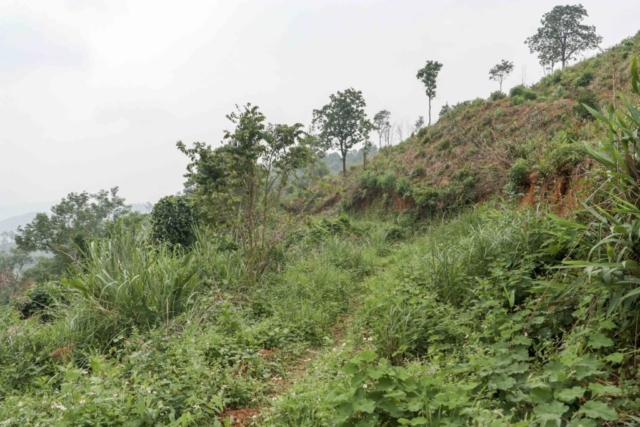 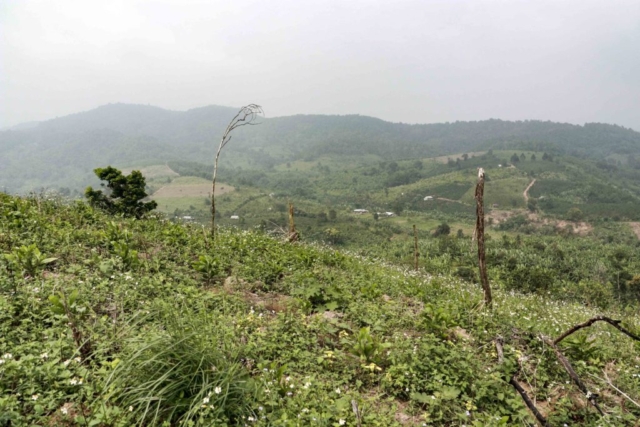 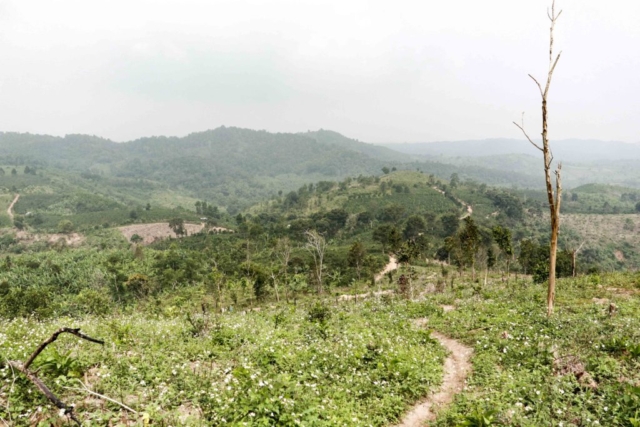 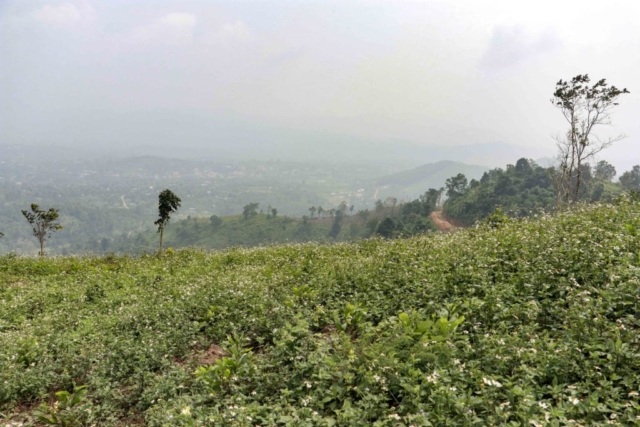 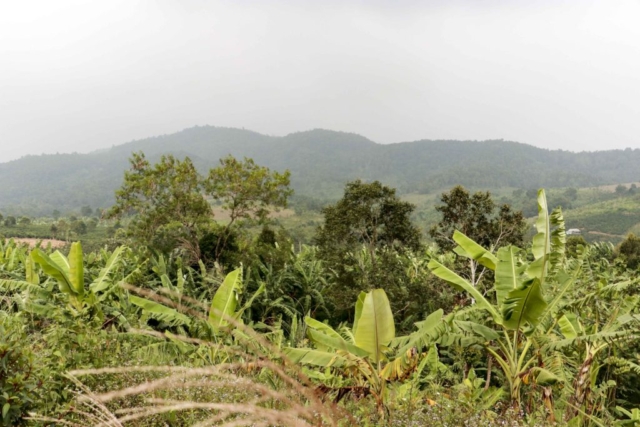 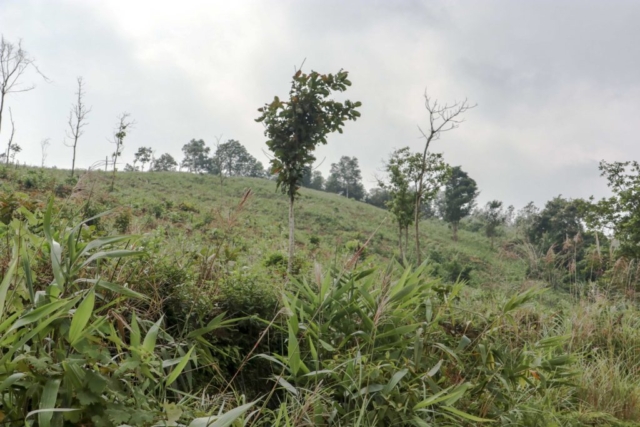 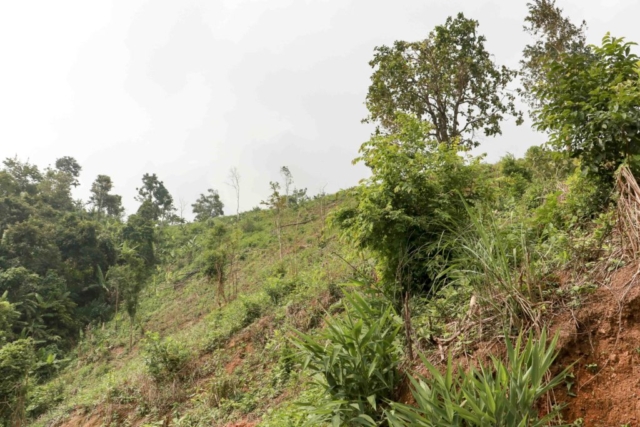 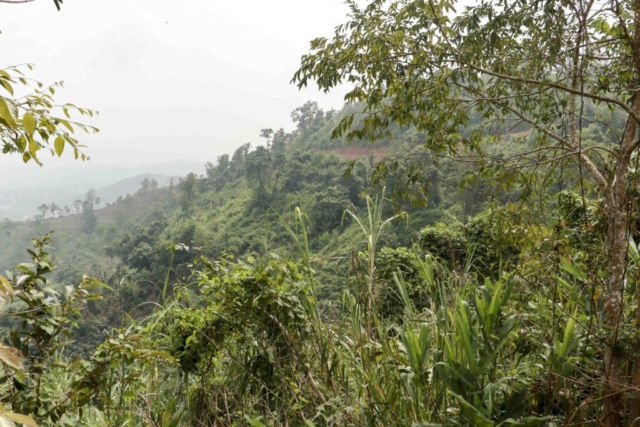 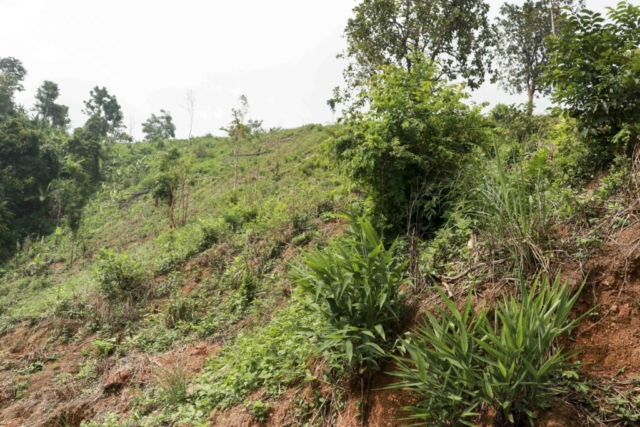 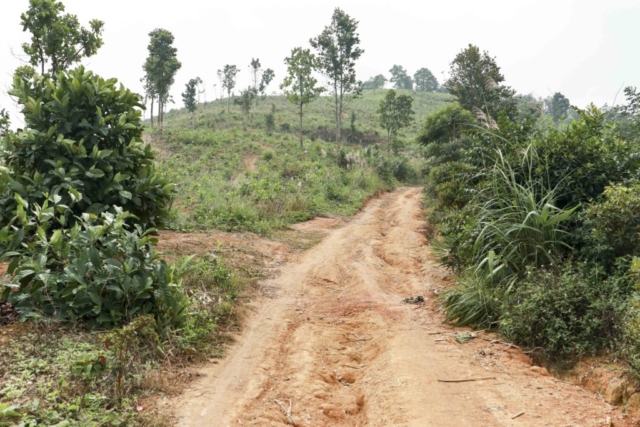 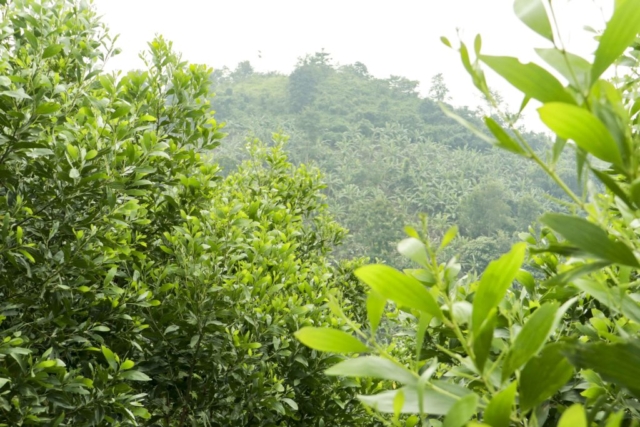 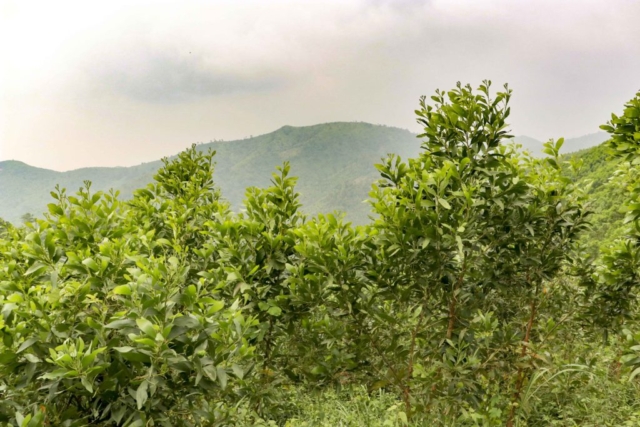 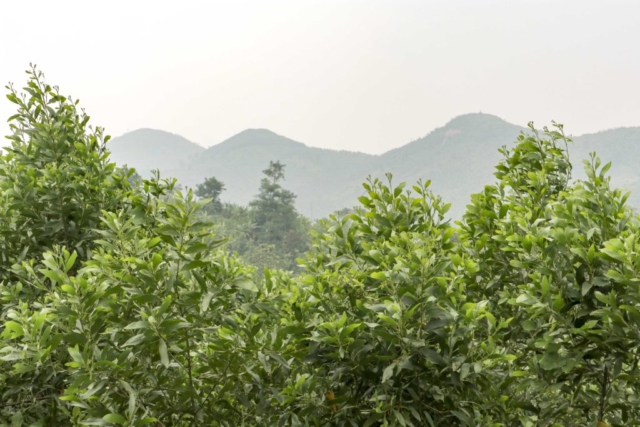 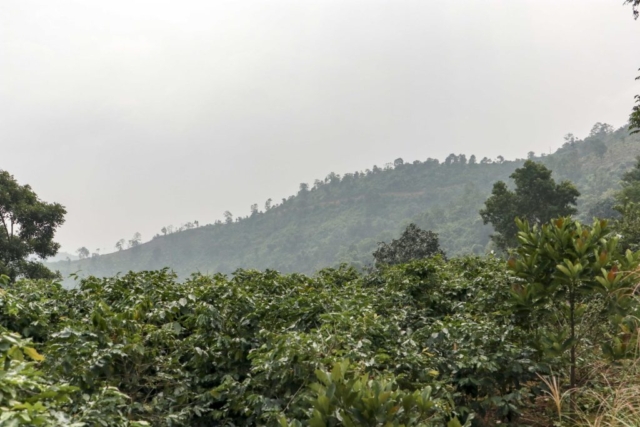 Embedded video below is the long version covering our whole visit to the hill. We’re approaching from a small farm road on the east side of the northern part of the hill before walking up and around it.

Traveling in the footsteps of history is almost always a very rewarding experience, visiting places where history was written, where battles were fought and where men stepped up and risked their lives for their brothers. For us in the team behind this site, some days are more rewarding than others.

We have a special relationship with and interest in some of the actions that the men from 1st Battalion 5th Cavalry Regiment took part in during Operation Pegasus in 1968. Operation Pegasus was aimed at relieving the US Marines that had just lived through the ordeal of a 77 day siege at Khe Sanh Combat Base in north west Quang Tri province just a few kilometers from the Laotian border.

Inserted on the hill from nearby staging areas, the Cavalry soldiers had fortified the steep slopes with bunkers. On the eastern ridge a battery from 1/77 Artillery had their howitzers set up, but as the ammo dump was hit by incoming artillery fire from North Vietnamese batteries set up inside Laos they were of no use. This meant the men at LZ Peanuts had to rely on support from helicopter gunships and artillery from firebases further east for fire support. Attacks came from more or less all directions and in the chaos North Vietnamese soldiers penetrated the lines forcing the Cavalry soldiers to hand to hand combat.

Today there is little but some evidence that this battle took place on the hill. Along the steep slopes there are trails at where the bunker lines were placed, there are craters scattered all over the place bearing witness of the air strikes that were placed on the hill after the Cavalry troops had departed.  Bringing a metal detector would probably help a visitor to unearth not only metal remains but live rounds so we strongly advise anyone taking on that. We stayed on the trails during our visit making sure we did not expose ourselves to any unnecessary risk.

The embedded video from our visit clearly shows what the hill looks like today as we’re walking right through where most of the fighting took place and is specially put together for those who were there that night.

Hills like this where battles were fought are spread all around the country. Finding them and traveling there makes for a deeper and more profound insight in to events. However, as violent and intense battles took place on these sites it also means that they are riddled with unexploded ordnance and other harmful and possibly lethal items. Anyone who intends to walk these sites will need to take extra precautions, preferably using a guide with local knowledge. If that isn’t possible, then it is probably a better idea to observe the site from distance.

The hill is located about two kilometers north of Route 9 just west of Khe Sanh town. For those adventurous and motivated enough to get up to this hill we recommend renting a car with driver in Hue or Dong Ha to take you as close as possible to the hill depending on the condition of the farm road leading up the northern side. At our visit we had to walk the last six hundred meters.