The Battle of Go Quan Cung

In the years between the two Indochina Wars the conflict between the North and South was low in intensity. The FNL was well organized in parts of the countryside and was looking to make a difference as their influence grew. Many of their soldiers were hardened veterans of the struggle against the French and came from different factions, not necessarily from the Viet Minh. On the other side, the South Vietnamese government was still new and seemingly didn’t control the countryside to the extent they wanted.

As far as we understand, the FNL were asked by Hanoi to hold back and not stir up too much dust. Around 1959 it seems they got clearance from Hanoi to intensify its activities and its military operations.

On the 26th of September that year this resulted in a large battle at Go Quan Cung - Giong Thi Dam in the Dong Thap province on the Plain of Reeds. FNL had based their 502nd battalion and made themselves visible which resulted in the ARVN decided to attack them. It seems the ARVN were very confident in thinking they would brush away the opponents without too much effort. Perhaps they didn’t have the proper intelligence and were under estimating the strength of the FNL forces. 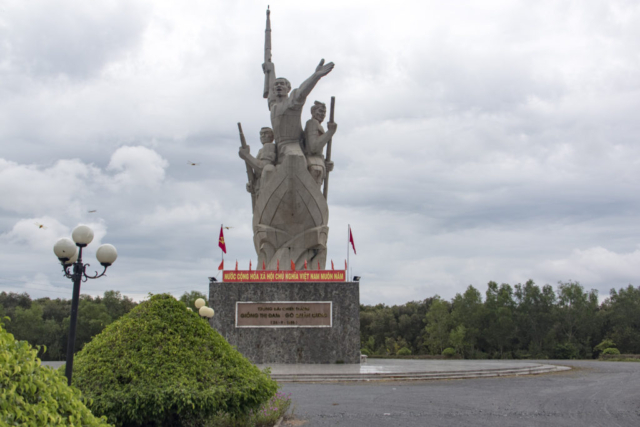 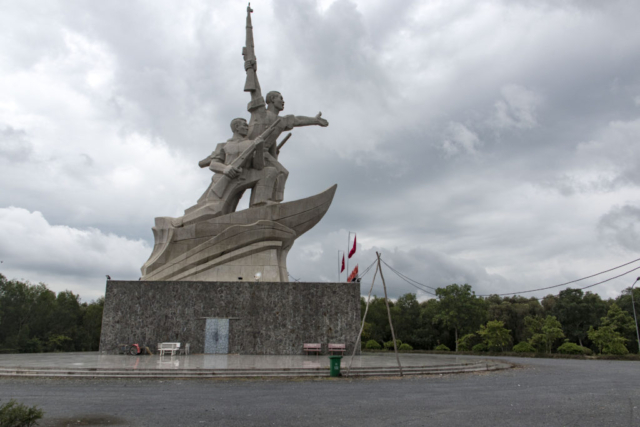 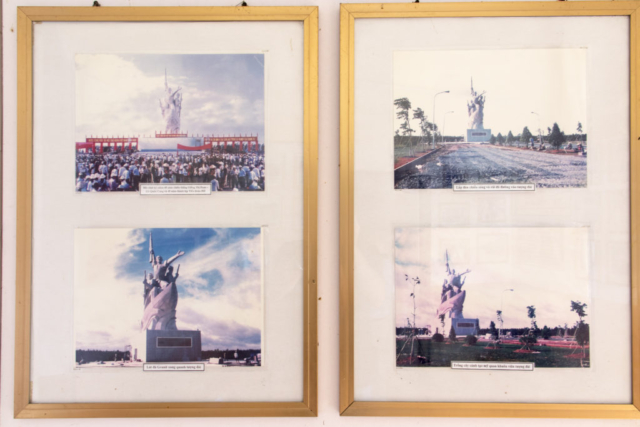 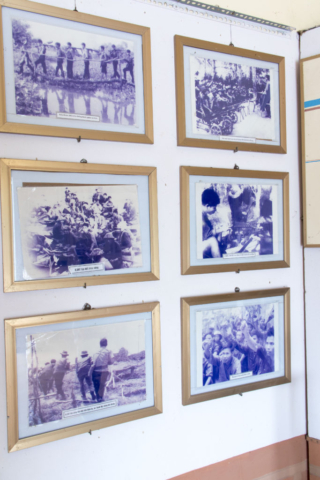 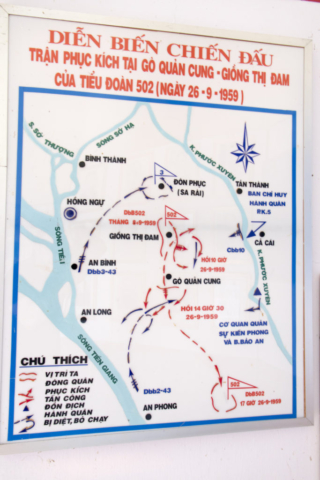 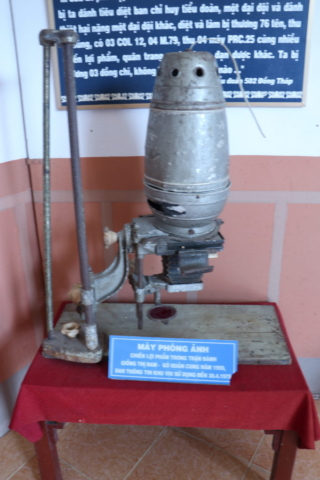 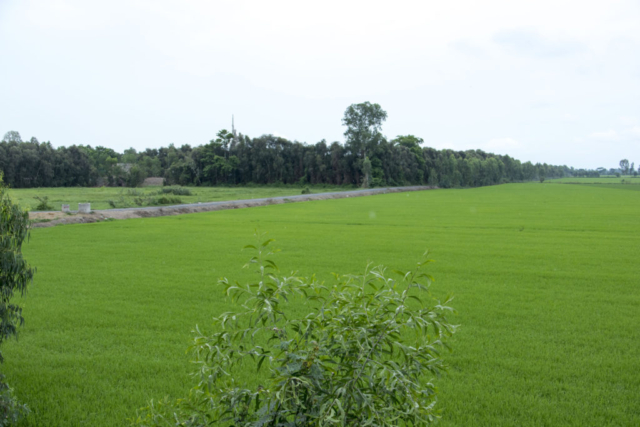 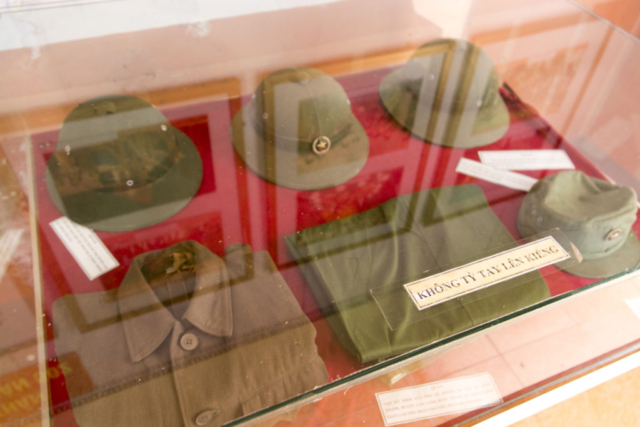 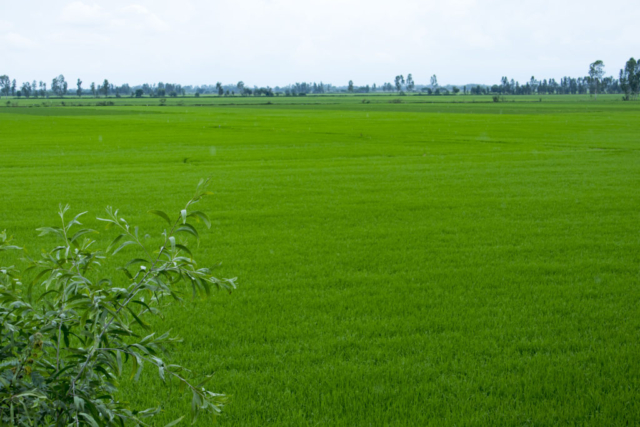 As the first ARVN battalion advanced to the hill where FNL were waiting, they had to wade through flooded rice paddies, the FNL waited until the enemy was within 30 meters until they opened fire. With soldiers falling all over the battlefield it was clear no one would survive so the ARVN troops simply had to give up and let FNL take them prisoners. From here we are not certain about the rest of the details of the battle, but as we understand, the ARVN continued to attack with the two remaining battalions. With heavy losses and the FNL clearly having a much stronger position, the ARVN had to pull back and the battle ended with a decisive victory for the FNL.

At the site itself there is not much to see except the monument and the small museum inside it. The monument is on the site where the FNL troops were waiting for the ARVN forces as they advanced across the surrounding flatlands. The museum contains some artefacts from the era, even a few items that were captured during the battle such as a mobile dark room for ARVN photographers to develop their pictures. Furthermore, there are some pictures of the units that fought in the battle and battle maps. Everything is in Vietnamese though so an interpreter or guide will be necessary.

We do think this is a well worth visit in order to learn about the earlier battles and in the area there are plenty of other historical sites to discover. The beautiful bird sanctuary Tram Chim is about half way between the battlefield and Cao Lanh and is well worth a visit.

This site is a bit off the main roads close to the Cambodian border deep in to the Plain of Reeds. It is a few hours drive from Saigon, but for those who are traveling around the delta and staying in Sa Dec or Cao Lanh it is within an hours or so.