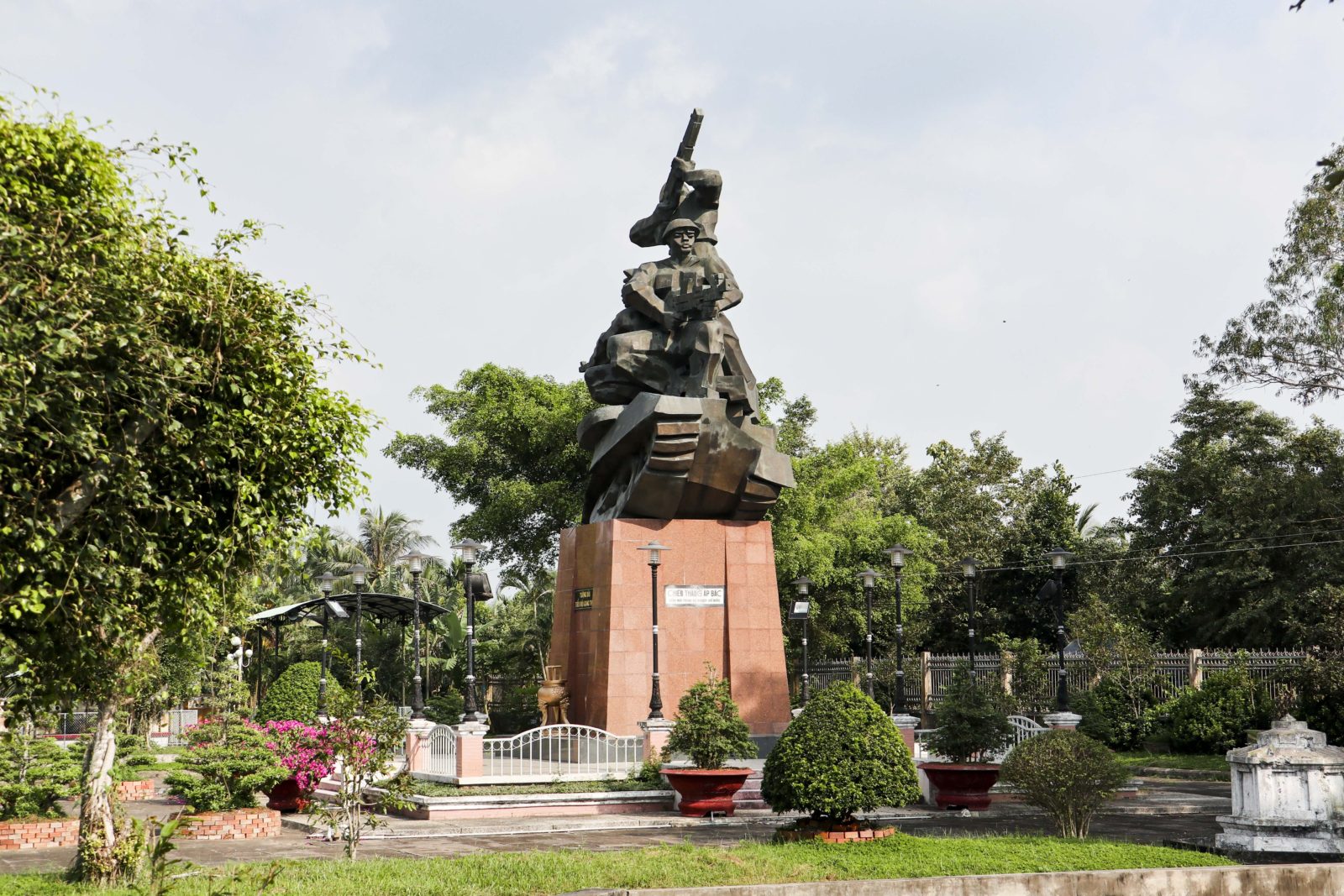 Massing across the open rice paddies, the ARVN soldiers, reinforced with APCs and supported by American gunships, expected to quickly overrun the VC forces hiding in the tree line. But as an APC was blown up and the VC started to hit the supporting choppers, it was clear that this was not to be an easy task. Despite heavy losses, the ARVN troops didn't fall back but kept attacking. This resulted in more personell losses as well as lost choppers and APCs.

The Battle of Ap Bac was an early war battle that took place on a forgotten field deep in to the Mekong Delta. On January 2nd, ARVN forces with US advisors attacked a well dug in enemy in the open.

It all started as radio traffic suspected to be from the VC was intercepted, indicating presence of significant forces in the area. This triggered units of ARVN to move north towards the area to weed them out.

Unfortunately for them, it seems their plan had been compromised and the VC forces that were hiding in the tree line were expecting them. As the battle played out, it became clear that the VC forces managed to hold the attacking forces back and cause them significant losses. Despite heavy bombardment from air and artillery, the VC forces were able to melt away with relatively small casualty numbers. Both sides would see this as a success for their forces for different reasons but it would appear the VC forces were the ones that came out on the winning side.

Visiting the battle site is well worth the little extra effort. It is located only a few kilometers north of QL1 on the way between My Tho and Vinh Long. The drive up to the area roughly follows where the ARVN advanced and it is a beautiful drive. The narrow road follows a canal through quaint little villages, palms and fruit trees borders the road and as at so many of these sites, it is hard to imagine that a violent battle once took place here. Check out the video from our visit in February 2018 below to follow the road to the Ap Bac battle site.

Although there is very little to discover at the battlefield in terms of remains, we certainly recommend a visit here for the history traveler. Visiting sites likes this will help in getting a better understanding of how the war was fought. Next to the battlefield there is a small museum. At our visit, it was closed but looking through the fences we could see a large monument together with some old fighting vehicles and a Huey helicopter on display. Battle maps are also easily found online so one can trace the course of the battle on site in detail. As often is the case while visiting a battlefield, I am amazed about how small it was. The destroyed vehicles were not far spread apart and they were not far from the tree line from where the VC were placing heavy fire upon them.

As the Battle of Ap Bac took place quite early in the war, with the outcome it certainly played a part in shaping how the two sides chose to engage each other over the following years. What is also striking is how within such a small geography so many events took place.

The bases and battlefields of southern and western III Corps and eastern IV Corps were close together and over the years only a few places would not have seen fighting. While driving the road west from My Tho towards Can Tho one will pass plenty of significant war sites. For more interesting reading about another early battlefield check out Go Quang Cung.

Follow QL1 west from My Tho about ten kilometers. There is a large gate on the right (northern) side of the road mentioning the site. Follow the small village road along the canals about four kilometers before turning right at the sign. The battle took place across that area including the rice paddies. A few hundred meters across the rice paddy, there is a large outdoor museum with a monument and some items from the war such as a helicopter, an APC and an artillery piece. When we visited the site, the museum was closed but we could experience parts of it by looking through the fence.